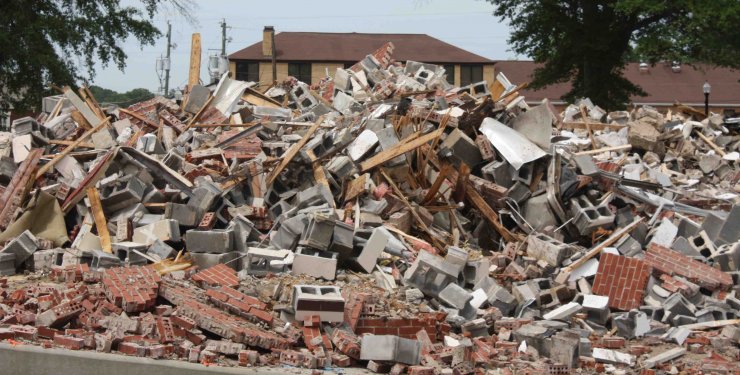 The Haleyville City Hall and Fire Station Number 1 are now completely gone, alone with several of the large trees originally located in the front and side of the buildings. The property officially became the property of CVS which plans to build a new store on the site between 19th and 20th streets on Highway 13 south.

The City Hall and Police Department are temporarily located in the Neighborhood Facilities Building. Construction on the new city hall is well underway but is still months away from completion. The new city hall will be located on top of the Safe Room behind McDonald's.

The Haleyville City Council meeting, originally scheduled for Monday has been rescheduled for Thursday, May 21, at 5:30 at the Neighborhood Facilities Building.